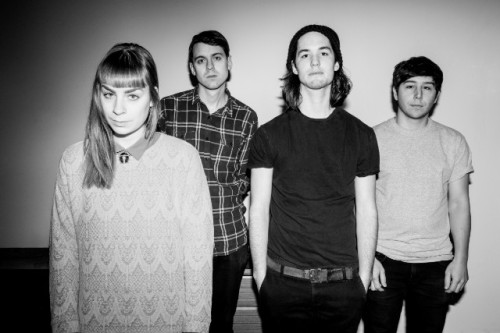 Over this site’s run, Buzz Records has earned innumerable mentions and very quickly established itself as a site favorite. The label’s showing no signs of slowing down and are continuing to get stronger. The latest proof of this strength is the recent release of Casper Skulls’ excellent “Errands”. A seamless blend of post-punk, shoegaze, and vintage ’90s slacker punk, “Errands” wears its varied influences proudly on sleeve, recalling acts like Pavement and My Bloody Valentine while still managing to carve out an identity of its own.

For as much as “Errands” references — and is indebted to — the past, there’s something quintessentially modern about the ways its balanced. Boasting both a detached cool and a buried, but still-evident drive, the song becomes quietly exhilarating. It’s a deeply intriguing example of how music can gradually, subtly evolve over time and it paints Casper Skulls as a band worth a close watch. As unassuming as “Errands” seems at first glance, the structure, dynamics, and choices the band makes throughout the four-plus minute runtime reveal they’re keenly aware of their craft. It’s a trait that’ll serve them well going forward and could heavily benefit their forthcoming Lips & Skulls, which has a shot at securing the band a whole new row of converts. With as good as “Errands” is, why wait to join their ranks?

Listen to “Errands” below and pre-order Lips & Skulls here.