Greys – Use Your Delusion (Stream) 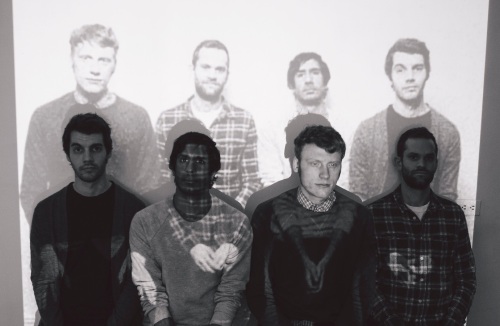 Greys have been earning themselves a lot of words over here lately and that’s no mistake; their particular brand of fangs-out post-punk is exactly the kind of thing that’s worth paying a whole lot of attention to. Their Carpark debut (in conjunction with Buzz Records), Is Anything, is still dangerously high on the anticipation meter and today’s reveal of “Use Your Delusion” is only stoking that particular fire. “Use Your Delusion” premiered over at The A.V. Club but has since found its way onto soundcloud and can be heard in the provided player. Listening to this is an absolute necessity as it expands their sound in a way, that while not unexpected, is completely enthralling. All adrenaline rush and pent-up frustration “Use Your Delusion” channels the best of both post-punk and classic hardcore while being presented through a noise-punk lens. It comes off as less of an introduction and more of a victory lap, proving that this band’s confident enough to get straight to the point and leave as deep of an impression as possible. When the final vocal punctuation closes out the song’s two and a half minute runtime, it’s practically begging for a repeat listen.

Listen to “Use Your Delusion” below and cave in to the temptation of playing it multiple times in a row.

2 Comments to “Greys – Use Your Delusion (Stream)”