Greys – Use Your Delusion (Music Video) 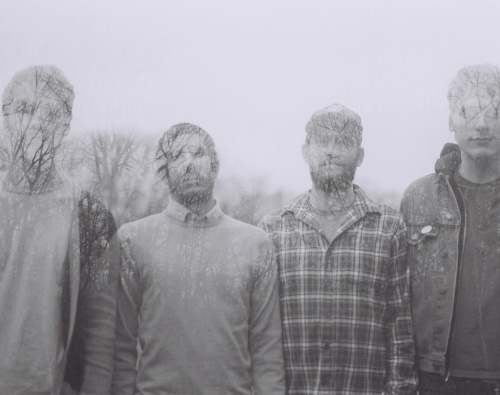 Quite a bit of kind digital ink has already been spilled on Greys (hell, quite a bit’s already been spilled on this very song) and they keep providing reasons for more to get added to the already overflowing pile. In the previous review for “Use Your Delusion” (which can be clicked on via the hyperlink directly preceding this sentence) there was a bold claim or two claiming the song was “all adrenaline rush and pent-up frustration [that] channels the best of both post-punk and classic hardcore.” Nothing’s changed. All that’s happened is that the band’s released another Amanda Fotes-helmed video toying with the idea of linearity that winds up providing an extra punch to the given statements.

As a video “Use Your Delusion” features the band playing the song to an empty room and then letting most of the magic happen in post-production. Very rarely travelling at regular speed, the video is instead presented at a brisk sped-up pace or in captivating slow-motion. There’s a brief recess from the action where the band all reveal yo-yo’s but for the most part, it’s just them crashing headlong into one of the year’s best songs- at constantly shifting speeds. It’s a jarring bit of modernism that feels both slightly antagonistic and entirely appropriate, landing the band yet another compelling bit of media and pushing expectations for what they’re capable of even higher.

Watch “Use Your Delusion” below and join the rest of the world in salivating over the promise of the band’s upcoming debut, If Anything.

3 Comments to “Greys – Use Your Delusion (Music Video)”