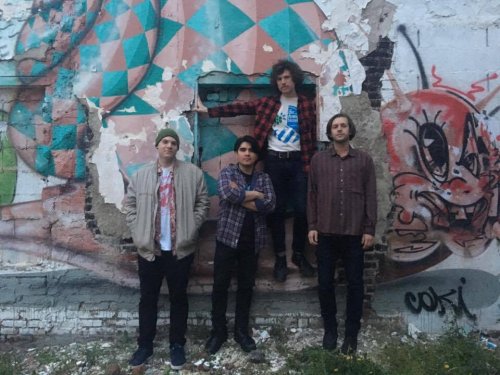 To survive in an overcrowded environment is on thing, to get anyone to pay attention to what you’re doing is another, and to find people who are adamant in celebrating what you’ve accomplished within those specific parameters is an entirely separate beast. Yet, Holy Tunics have endured and the recommendations from people with trustworthy judgment seem to be a quiet constant. While the band’s never truly taken off, they’ve clearly earned the respect of their contemporaries and the enthusiasm of the people active in those worlds.

Whether it’s the surging guitar squall of the intro to “Rocket To The Alien Planet” or the familiar jangle of closer “Yesterday’s A Painted Butterfly”, Hit Parade Lemonade Supersonic Spree showcases Holy Tunics as a band that’s keenly aware of the history inherent to their own music. Fortunately, they’re also smart enough to know how to avoid making those trappings sound stale, picking the precisely right moments to throw in a wild curveball, leaving Hit Parade Lemonade Supersonic Spree as one of the most outright fun listens of the summer.

Listen to Hit Parade Lemonade Supersonic Spree below and pick it up from Meritorio Records here.