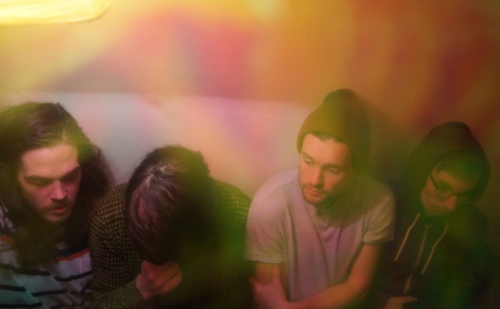 Over the past few days Outer Spaces, Audreytina, Huh, Beach Skulls, Space Raft, and Frameworks all released exceptional music videos that are well worth seeing. Since the songs of the past few days were covered in the preceding post (and full streams will be covered in the post immediately following this one), the attention will be returned once more to an outstanding song: Gorgeous Bully’s “Just Like Before”.

Building off a breathtaking introduction, “Just Like Before” never loses hold of its vast scope. Instrumentally, the song straddles a near-impossible divide between being completely controlled and surging forward, threatening to break away from its confines at any moment. In that relative chaos, they weave a heartbreaking narrative that manages to embolden both the song’s restraint as well as its chaotic, brooding unwieldiness.

“Just Like Before”, against some odds, never finds itself toppling over; this is a masterfully executed piece of basement pop that thrives off its meticulous pacing and stormy atmospherics. It’s an astonishing track that ably demonstrates Gorgeous Bully’s continuing growth as an outfit. Every little subtlety and nuance the band packs into “Just Like Before” serves itself as much as it serves its surrounding components. From the start to the end, it’s a staggering triumph that proves Gorgeous Bully doesn’t intend on going away anytime soon.

Listen to “Just Like Before” below and pre-order their forthcoming 7″ here.