La Lenguas – Love You All the Time (Stream) 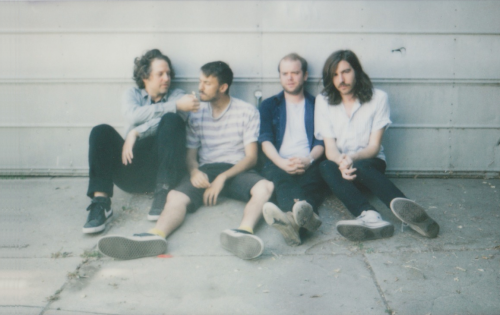 Going forward with the onslaught of posts designed to cover some of last week’s most notable music releases, this batch includes full streams and single songs alike, providing an illustrative scope of 2015’s continued kindness in the process. Family Bike’s Everything You Own Is Anagrammed proved to be as hellishly ferocious as expected while Old Table’s Save the Environment continued to expand on that band’s early promise by virtue of being a masterful collection of outsider pop songs. Ultimate Painting’s “Break the Chain” offered an unexpectedly tantalizing glimpse at the band’s upcoming Green Lanes and theweaselmartenfisher continued a masterful run of eclectic covers with a deeply heartfelt rendition of Cat Power’s “Nude As The News“. La Lenguas offers up this collection’s pièce de résistance with “Love You All the Time”.

The first single to be released from the band’s upcoming Tears In My Milkshake, the song’s a sharply crafted blast of doo wop-inflected basement pop that’s reminiscent of latter era of site favorites Sleeping in the Aviary stripped of some of their fuzz. Propulsive and direct, the song’s sound structure and throwaway metaphors suggest that La Lenguas have tapped into a vein of music that’s been, somewhat frustratingly, undermined (at least at this level) over the past few years. There’s a giddy, frenetic energy that courses through the blood of “Love You All the Time”, rendering the tune endlessly playable. Bass runs, sharp melodies, and medium-fi production combine to form a retro aesthetic that suits the band perfectly and helps shape a song that feels like it’ll be part of one of 2015’s most enjoyable collections. Come join the party.

Listen to “Love You All the Time” and pick up the band’s debut EP, Tears In My Milkshake, from Burger.

Filed Under: Uncategorized
Tags: album : Break the Chain : Cat Power cover : Everything You Own Is Anagrammed : Family Bike : Green Lanes : La Lenguas : Love You All the Time : Negative Fun : Negative Fun Records : Nude as the News : Nude as the News cover : Old Table : Save the Environment : stream : Tears In My Milkshake : theweaselmartenfisher : Trouble in Mind : Trouble in Mind Records : Ultimate Painting

2 Comments to “La Lenguas – Love You All the Time (Stream)”