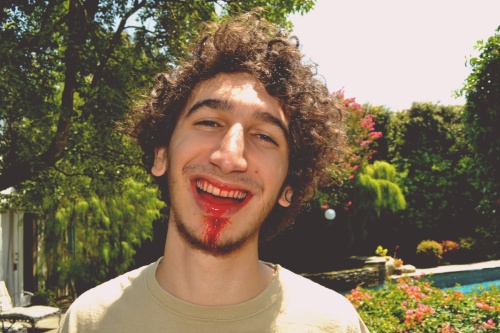 Over the past few days, there’s been a lot of great content to be unveiled. This is including, but certainly not limited to, a great new Dead Soft video “Everything”, a stream of a new Parlour track for an upcoming compilation from the always-outstanding Marshall Teller imprint, a look at the upcoming album from the deservedly legendary Blonde Redhead, and a new stream from Big Mess (courtesy of Allston Pudding). There was a great new self-titled EP released by Crossed Wires, a first look at Trust Fund‘s side of their impending split with Joanna Gruesome, a new song from Colleen Green, and an engaging music video from The History of Apple Pie.

Now, 2014’s already seen a treasure trove of genuinely great releases bearing the Double Double Whammy stamp and they’re adding to that already enviable streak with an impending split between Wishbone and Follies. The latter of those two bands has raised anticipation for this release considerably by offering a glimpse at their side by offering a stream of the damaged, feverish “I Make Sense”. It barely eclipses three minutes but packs so much raw lo-fi weirdness into them that it’s difficult to gauge the run time at all.

Changing at the drop of a dime, there’s a myriad of fascinating influences all gnawing at each other in the forefront of “I Make Sense”, rendering it a winsome mess that’s utterly entrancing. Whether it’s outsider pop through a psych lens or a new breed of shoegaze-influenced post-punk or just an unfiltered version of Phil Hartunian’s personality (he’s the driving voice behind the Follies project), “I Make Sense” still stands as a gripping piece of music that, like all of the best art, is impossible to completely define. There are very few songs that have been released in the past month to be this courageously weird- or this unrelentingly hypnotic.

Stream “I Make Sense” below and make sure to pre-order the split from Follies’ bandcamp.