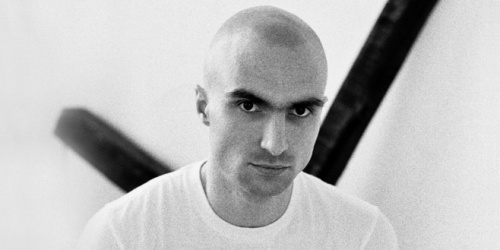 Majical Cloudz’s demise had some deeply regrettable mitigating factors that made their exit a necessity, for everyone. Fortunately, the voice that anchored that project never completely left. Devon Welsh’s presence on that group’s work was overwhelming, a trait that’s translated seamlessly to the artist’s solo work. “War” is another in a string of gripping triumphs from Welsh, who seems to be partially addressing his old band’s departure on this track, which arrives with an accompanying music video crafted by Welsh himself, in collaboration with Nika.

The duo make the wise decision to key in on Welsh’s trademark unblinking, bug-eyed intensity. The entirety of “War” is a crisp. static black-and-white one shot of Welsh navigating the song’s vocals, trembling violently throughout. There’s a level of spirituality present at this level of confrontation and it makes the watch more than a little disorienting but there’s also something intrinsically honest and even brave about Welsh’s performance that makes “War” impossible to turn off. It’s a work of jaw-dropping commitment that creates a cumulative effect that reverberates long after the clip’s final frame. Hard to ignore and harder to forget, “War” is a startling reminder of the humanity that’s in the root of all great art.

Watch “War” below and keep an eye on this page for further updates on any upcoming releases.