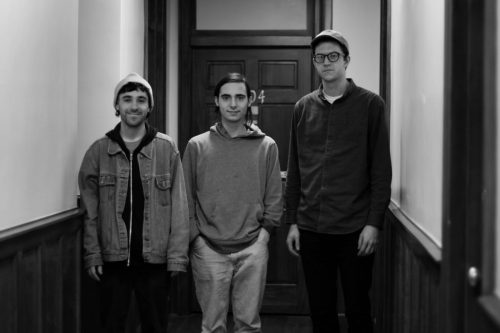 A few years ago, Peaer put out a ridiculously strong self-titled record that saw the trio nearly perfect a curious blend of math-rock, Midwestern emo, and east coast indie, all of which was shot through with an undeniably punk sensibility. They’ve toured hard since that record’s release and tightened the screws on that formula, amplifying certain aspects (a sludge/grunge influence has started to peek through with a little more regularity) and growing more surgical in their overall precision.

All of those qualities coalesce on Don’t, the first look the band’s offering at their upcoming A Healthy Earth, and it’s a doozy. The track starts off restrained, winds itself up, takes an enormous leap and starts swinging recklessly from the rafters. A startlingly clear track, “Don’t” showcases the absolute best qualities of Peaer and tees up A Healthy Earth with a palpable sends of purpose. Peaer have a lot left to say, we should be grateful that we’re in a position to listen.

Listen to “Don’t” below and pre-order a copy of A Healthy Earth from Tiny Engines here.