Maxband – Means To An End (Stream) 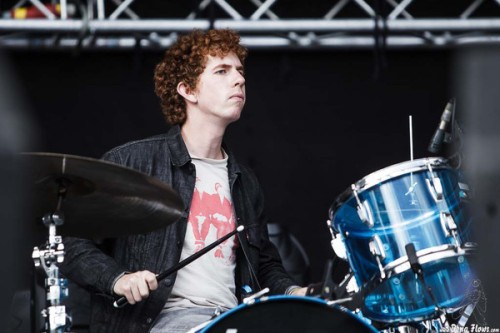 A heartening trend that’s emerged over the past few years is that of great bands being comprised of a collection of people who are fully capable of leading a strong solo project. Parquet Courts belong firmly in this conversation, an assertion made with additional clarity on the back of the unveiling of Max Savage’s latest project, Maxband. “Means To An End” is one of the first looks at the project and offers up more than a few compelling reasons to believe Maxband will be a name worth knowing.

Parquet Courts’ influence on Savage’s project is both clear and unavoidable but there’s a layer of pop sensibility that peeks through on the chorus that feels both unexpected and incredibly welcome, elevating “Means To An End” from mere imitation to something that deserves to stand on its own. The song still operates in the kind of mid-tempo strut that Parquet Courts has been favoring of late but allows the guitar figures to become transformative, providing a glimpse at what Maxband could be bringing to the table as a solo venture, something that becomes even more plain in the song’s gorgeous outro section.

Until we know for sure, there are far worse ways to spend time than spending quality time with “Means To An End”, a promising, layered, and unexpected gem.

Listen to “Means To An End” below and pre-order Perfect Strangers here.