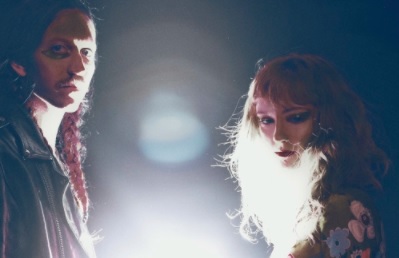 Getting this week’s coverage kicked off in style, GOSH! are premiering their music video for the elegiac “I’ll Remember You” right here. A collaborative effort between the band and the co-founder of Nicey music (the label that’s releasing the band’s forthcoming Odyssey), Peter Nichols. Acting as both a showcase for Nichols’ animation and 3D production designer as well as GOSH!’s melancholic sensibilities. Each aspect of the clip plays off and feeds from the other, the music breathing intrigue into the design and the visual eliciting an otherworldly feeling when paired with the song.

Written in the wake of the election, “I’ll Remember You” was written as a way to tap into a feeling of widespread loss but connects to something just as profound: the celebration of a world that ran counter to pettiness and barely-veiled strides to bolster supremacist ideologies. Still, as far-reaching as its sentiment is, “I’ll Remember You” has the sheen of something more personal, it’s pained vocals and soft instrumental washes conjuring up a forlorn atmosphere that should be familiar to anyone who’s lost hope.

Fortunately, there’s always a bit of light to be found in those situations and the band capitalizes on that sliver of optimism by the track’s end, turning a despairing mantra into a determined rallying cry that verges on the triumphant. “I’ll Remember You” may be made up of exceedingly simple elements but its tapestry is deceptively intricate. “I’ll Remember You” is a beautiful and worthy reminder that perseverance has untold value and acts as a tantalizing preview of what GOSH! has looming in the horizon.

Watch “I’ll Remember You” below and pre-order Odyssey from Nicey here.