Versing – Call Me Out (Music Video) 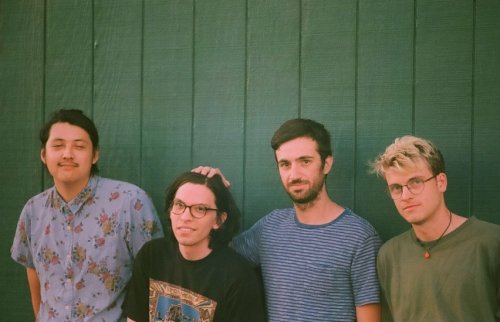 For a while now, Versing have been generating momentum and finding ways to accelerate it instead of opting for a route where its just sustained. Whether it’s opting for a tongue-in-cheek record name or just finding ways to improve, they seem intent on not just making a splash but staying in the water to kick up a series of waves. To that end, “Call Me Out” is a perfectly-timed release that hits all the right notes: simple, DIY, gripping, and adhering to a relatively straightforward, high-impact aesthetic while still finding enough room for a hallucinatory bent.

Directed by Daniel Salas, “Call Me Out” is little more than the band playing “Call Me Out” in a field, while simple border effects sweep in and out of the shot. It’s a clever conceit that allows the band to play up their identity and it’s elevated by everyone’s commitment to the idea. Of course, it helps that “Call Me Out” — a shoegaze-leaning basement punk ripper — is the best song from the band’s discography thus far, elevating the clip even further. When all is said and done and the clip winds to a close, it’s hard not to want to just go back and let it run from the start all over again.

Watch “Call Me Out” below and pre-order Nirvana from the band here.