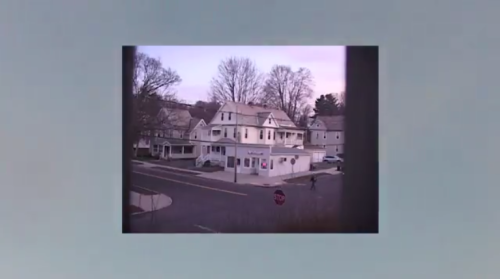 One of the most distinct pleasures of running something like Heartbreaking Bravery is the unsolicited submissions that wind up hitting home. Artists from all corners of the world, several of which using their own bedroom as their primary recording space, making music that deserves to be heard by so many more people than what music’s disheartening industry politics will ever allow. This site was created as a push-back against the idea that something needs to attract an excess of clicks to be featured and it’s why when something as oddly moving and quietly superlative as Honeyfitz’s “October Air” comes along, it gets its due celebration.

Elihu Jones, the mastermind behind Honeyfitz, has been making exceptional records for the past few years. Old Patterns, Honeyfitz’s forthcoming effort, looks to be the project’s finest to date and it’s highlighted by tracks like “In Circles“, “Dream Restless“, and “October Air”. The latter of that trio’s premiering here today with a gorgeous, simplistic hybrid clip that acts both as a hypnotic visualizer that underpins the passing of time as well as a straightforward lyric clip.

It’s elegant, clever, and uniquely absorbing in its construction but everything’s heightened by the song itself, which is sung with an urgent quaver and awash in pristine tones as much as it is noise damage. Clocking in at just under two minutes, it’s a testament to Honeyfitz’s penchant for coaxing maximal impact out of a minimal setup and it’s a beautiful window into one of today’s many great bedroom pop artists. This is exactly the type of effort that should receive a lot more praise.