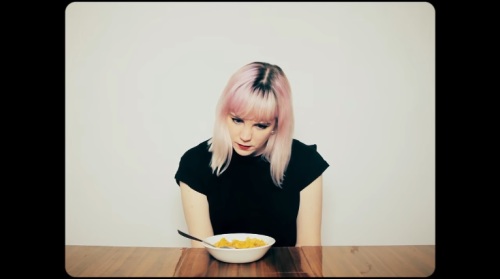 Returning after an excellent entry into last year’s edition of A Year’s Worth of Memories, Doe‘s Nicola Leel decides to focus in on finding reasons to maintain hope in times of darkness. In addition to releasing one of last year’s best records, Some Things Last Longer Than You, Doe played their fair share of memorable shows (and had their fair share of memorable moments). Here, Leel fondly recalls a snowstorm that Doe had to brave in between Berlin and Erlangen, which made a show in Regensburg even sweeter. Leel continues to be one of my favorite people in music and getting an insight into her worldview only reinforces that position. Dive in and see the light.

We released our first album in 2016 and had a lot of great experiences as a result, but the one that sticks is a surreal night in Europe when we were on tour with Happy Accidents and Personal Best.

We had played in Berlin the previous night and were driving through Germany towards the next show when snow started falling, gently at first, before developing into a heavy blizzard that through the windscreen looked like we were travelling through space at light-year speed. This was particularly ominous for our driver Kerry, who had never driven in any kind of snow before. After travelling through what felt like the portal to another world for around an hour, the traffic came to a standstill on the motorway, but the snow kept falling. An hour passed, two, all of the vehicles around us turned off their engines and the motorway fell deathly silent.

With the snow showing no signs of letting up and no sign of movement or even human life nearby, we killed the time with a cheery conversation in which we imagined all of the possible scenarios should this be the end of the world. Maybe there was no-one in the other vehicles, maybe they’d all just disappeared and we were in another dimension where we were the only people left in the world. Maybe some kind of sickness had taken over and zombies would slowly appear from the darkness between the cars. We also decided what order we would die in and took it upon ourselves to decide upon the order of the Happy Accidents car too.

When we finally made it to the venue 4 hours late and reunited with the other car, we learned that whilst we’d been talking end-of-world death order scenarios they’d been recording a fun podcast and listening to pop-punk. Tilman, the promoter, was understandably a little stressed and told us there had been no sign of snow in Erlangen, which made it feel even more eerie as this was just 45 minutes away from where we had spent 3 hours on the motorway. Suitably spooked, we set up as quickly as we could and played short sets to the handful of people who, incredibly, had stuck around to watch us. Though we’d all lost our minds a little it was a fun show and the small audience were great.

Awakening to the sun streaming through the blinds in Tilman’s beautiful apartment the next morning, we learned that Donald Trump had been elected President of the United States. Maybe we had travelled through a portal after all, and had come out of the other side in a dystopian future where everything looked beautiful but nothing felt right. I was completely flattened and yet full of a strange hopefulness because of the situation I was in and the people I was with. That night we played in a basement in Regensburg, it was the best show of tour and everyone played sets full of furious energy, shared by everyone who was packed into the tiny, smoke filled room.

It feels weird taking good things from a year that was so unkind to so many, but as cliche as it sounds, I felt very fortunate at that moment in time to be exactly where I was, doing exactly what I was doing, as a result of music.