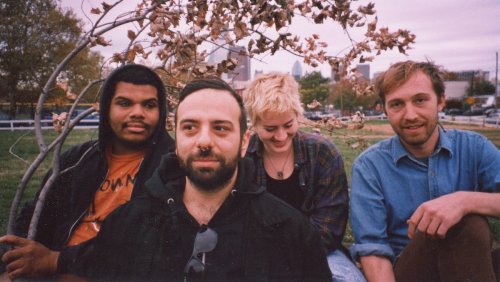 Occasionally, there are days that underwhelm in terms of new releases. Then there are days like today, which churn out more than a dozen legitimate contenders for the headline slot and serve as reminders that we’re currently living in the best (and most accessible) time for new releases. There were incredible songs from Jack (who came a hair’s breadth away from getting a standalone post), Eric Slick, Lost Boy ?, Eyes of Love, Johanna Warren, Soft Candy, No One Mind, Peaer, Diners, Chris Farren, M. Lockwood Porter, Seeing Hands, Nots, Oldermost, Sex Stains, SubRosa, Lambchop, The Minders, Elijah Ford, Sports, and an outstanding one-off cover from site favorite Mo Troper.

Several music videos made an impressive impression as well, including new entries from the camps of Sunflower Bean, Dust From 1000 Yrs, Death Valley Girls, Uni Ika Ai, Silent Pictures, Le Boom, EL VY, Watsky, Amber Arcades, and Chris Staples. Tying everything together were the full streams that were unveiled by Pleistocene, Earth Girls, Kindling, Katie Dey, Ant’lrd, and Lié.  In terms of quality, it matched an above-average week’s worth of material. Topping it all off is “More”, a near-perfect new track from Ghost Gum.

After turning some heads last year with “Again“, their contribution to a loaded 4-way split (Loose Tooth, Clique, and Mumblr rounded out the release), the quartet’s returned with a vengeance. “More” comes loaded with hooks, exhilarating moments, and genuine feeling. At every turn, the song provides something fascinating, from the tremolo picking that sets the tone of “More” to the rapid-fire hi-hat pattern to the earworm-ready bass line and guitar riff that kick the track into the fifth gear.

In less than three minutes, Ghost Gum offer a masterclass in dynamic structure, getting the most mileage possible out of a soaring chorus, a searing solo, and a compellingly muted verse that keeps everything grounded and breathes in some fractured humanity. Some aching backing vocals enhance the song’s half-haunted atmosphere to great effect and everything clicks in ways that both satisfy and induce genuine excitement.

When everything’s through, “More” stands as a song that not only lives up to the promise of its title but redefines that very same title as a winking understanding of how listeners should be feeling upon hearing the song’s final notes. Explosive without being bombastic and contemplative without dipping into tedium, “More” is a sharply crafted piece of work from a band that’s been continuously bettering themselves with each successive release. If the rest of their forthcoming release, The Past, The Future, Dwelling There Like Space, is anywhere near this good, it’ll be among the strongest releases of the year.