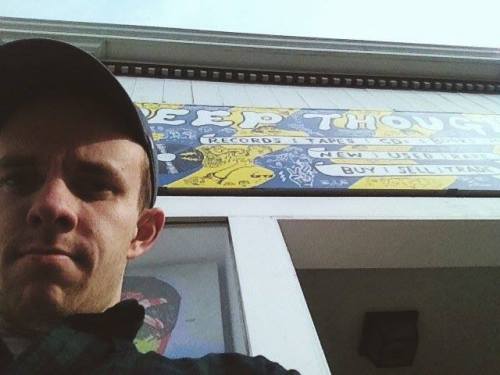 Over the past week or so there have been new songs to stream offered up from a varied cast of characters that included Infinity Crush, Secret Crush, Microwave, Slothrust, Screaming Females, The Only Ocean, The Submissives, Nots, Navy Gangs, Carl Sagan’s Skate Shoes, Aldous Harding, Steady Lean, Fir Cone Children, and IAN SWEET. In addition to those songs there was also a collaborative gem unveiled by Cole Kinsler‘s Space Mountain project that featured a thrilling guest vocalist turn from Forth Wanderers‘ Ava Trilling.

Way back in 2014, Kinsler’s project was making a solid impression and it’s been a privilege to watch (and listen to) Space Mountain grow in both scope and conviction. Recently, that project hit an exhilarating peak with the driving, mid-tempo “Never Lonely”. Easily the act’s finest work to date, it’s enriched by a communal spirit that brings Trilling’s memorable vocals into the fold.

Never before has Space Mountain sounded as expansive or as thoughtful, a mixture that pays massive dividends. By finding a way to bridge both the carefree, open-road atmosphere that permeates throughout some of the most timeless folk records and the dynamics that typically characterize a roster like Exploding In Sound’s, “Never Lonely” creates something that feels refreshing in its modernity while digging its heels deep into the past.

An impressive track at every turn, “Never Lonely” raises the anticipation level for the forthcoming Big Sky full-length a considerable amount. More than that, it demonstrates that Kinsler’s impressive first few works under this moniker were more developmental than most listeners likely realized. If the rest of the record can live up to the standard set by “Never Lonely”, Big Sky may just be one of the year’s finest surprise discoveries.

Listen to “Never Lonely” below and pre-order Big Sky here.