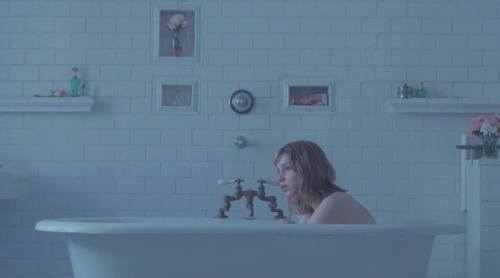 As the work week approaches its end, new material finds its way out into the world. This Thursday boasted intriguing new songs from Lina Tullgren, Peter Broderick, TERRY, Reality Something, No Joy, and Alexandra Savior. Moonface and Siinai, Private Victories, Grubby Little Hands, and The Blind Pets all released compelling new music videos. Full streams posted an impressive cast of entries as well, including new records from Soccer Mommy, Mikey Erg, Great Barriers, VHS, and The Dove and the Wolf. While, as ever, all of those are worthy of multiple revisits, it was a music video that slipped through the cracks earlier this week that ultimately wound up with this post’s feature spot.

Emily Yacina has built a career out of reveling in a comforting softness, conjuring up tantalizing beds of sound and enveloping the listener with the blankets. There’s an inherent warmth in her work that becomes effortlessly inviting while simultaneously creating a pull that stems from a deceptive emotional intricacy. The Sophie Savides-directed video for “A Curse” — which is gorgeously lensed by Kelly Jeffrey — capitalizes on all of those elements with an enticing precision.

Opening on a shot of a forlorn Yacina in a bathtub set against a clinically white backdrop, the camera draws closer, slowly pulling us into her world. Two vases of flowers adorn that backdrop, offering signs of life that soon blossom as the perspective switches to Yacina’s POV which reveals that she’s submerged in a milk-like liquid that single flowers populate. Another perspective shift and the flowers are suddenly everywhere, as a wellspring of noises calmly enter into the track.

Yacina captivates throughout, delivering a startlingly poignant performance that speaks to her abilities as both a composer and a performer. As the clip progresses, the sincerity in Yacina’s songwriting grows clearer as she bravely conveys every emotion that carries “A Curse” with a poise that seems effortless. Eventually, the camera pulls back out in a cyclical reveal that underscores the pained loneliness that informs the narrative of “A Curse” in a moment of reserved devastation.

Overall, “A Curse” is a deeply felt, elegant entry into Emily Yacina’s already impressive body of work. Open, honest, and incisive, it’s perfectly demonstrative of what can be achieved with an idea, a strong team, and a wealth of conviction. In that sense alone, it’s inspiring. What makes it worthwhile extends beyond its underpinnings to its execution. “A Curse” is exceptional at every turn and winds up being a definitive portrait of a formidable artist. After a dip into “A Curse”, it’s proving to be nearly impossible to work up the resolve to leave.

Watch “A Curse” below and pick up Soft Stuff here.