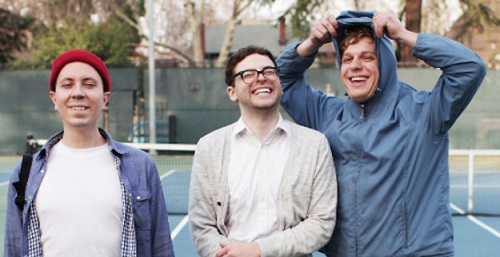 Over the course of the year, one format or another has been stuck functioning in catch-up mode. Today, with this post, everything that falls under the regular umbrella coverage will be brought up to the present release cycle. In a way, then, it makes sense that something as blistering and urgent as “Apple Hill” grabs this post’s focus. Even more fitting is the fact that it comes from the first band to be signed to Honor Press, the newly created label of Perfect Pussy‘s Meredith Graves (whose fundamental importance to this site and its continued existence simply can’t be overstated). While all of that will be addressed shortly in greater detail, it wasn’t the only excellent musical offering ushered out into the world over the past week. To that end, just as in the preceding post, a list of full streams and songs that deserve hearing.

“Apple Hill” scales back the feverish tenacity of “Merv King” for something that manages to come off as both more brutal and more refined. Marrying post-punk, noise punk, and one of the more sinister breeds of hardcore definitely isn’t an easy look to pull off convincingly but “Apple Hill” wields that formula like a weapon. Brimming with an astonishing confidence and unerring conviction, it immediately transforms itself into something undeniable. Starkly unforgiving and shockingly immediate, it lays some deeply compelling groundwork for the band’s upcoming record, the exquisitely titled The Unlawful Trade of Greco-Roman Art. It’s a deceptively intuitive piece of songwriting that revels in its own pent-up frustration and, finally, the shards of cathartic release embedded throughout “Apple Hill”. The bass gets buried in fuzz, the drums zero in on the instruments intrinsic ability to become propulsive, the guitar line throws convention to the wind, and the vocals take the whole thing to a fascinating, wild-eyed realm. By the song’s end, So Stressed have created an immersive world that’s as punishing as it is intriguing; an unexpectedly strong effort that sets up The Unlawful Trade of Greco-Roman Art. Give into its whirlwind ferocity or get the hell out of the way.

Listen to “Apple Hill” below and pre-order The Unlawful Trade of Greco-Roman Art from Honor Press here.