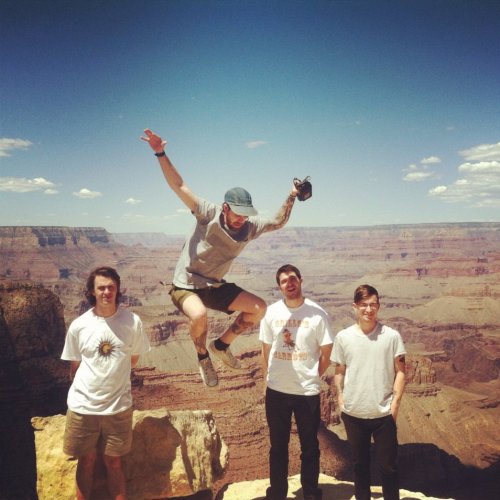 Title Fight, one of ANTI- Records’ most recent acquisitions, are building their lead-in campaign to the forthcoming Hyperview with a compelling amount of style. For most of their career, the band’s been an anomaly, eluding the pigeonholes of definitive genre tags with a determined finesse. While the band has eased up quite a bit on their surface-level snarl, they’re tapping into something that’s arguably more worthwhile: a snarling subtext. Which is why the subtly haunting video that accompanies lead-off single “Chlorine” feels like an appropriate mission statement. A new emphasis on shoegaze has emerged and, in turn, pushed the band to the brink of what feels like a revitalization as much as it does a reinvention. Gone is the screaming, leaving a feeling of suspense and dread in its place.

It’s a powerful new look for them and it suits Title Fight well. “Chlorine” sees them embracing the new direction in full and the accompanying Jonny Look-directed video only enhances the band’s new vision. Mark Burnham is at the center of the clip, as a man who can’t seem to escape the confines of a boat. It’s a relatively simple premise that grows more intricate as it progresses before finally curling into a quasi-nightmarish finish. There’s gorgeous cinematography throughout and a real sense of sorrow permeating Burnham’s engaging central performance. The only real lingering question mark is whether or not the rest of Hyperview will be able to live up to its memorably unnerving first look.

Watch “Chlorine” below and pre-order Hyperview from ANTI- here.