We Need Secrets – How You Remember (Stream) 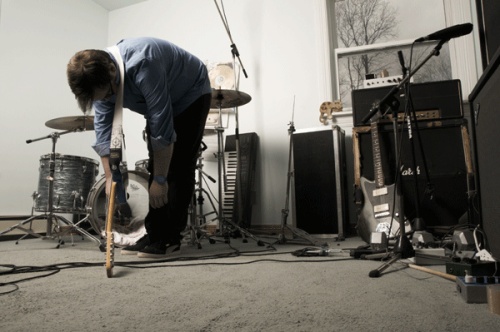 At the end of last month, We Need Secrets (the project of Halifax-based Chad Peck) released Melancholy and The Archive, a shoegaze-heavy debut LP that’s been four years in the making. Anytime that amount of time’s invested in a single release, expectations are going to be considerably heightened. Fortunately, Melancholy and The Archive immediately obliterates any lingering doubts with its scorched-earth opener “How You Remember”.

Ferocious and delicate in equal measure, the oneiric “How You Remember” demonstrates Peck’s near-alarming levels of understanding in regards to genre, composition, and control. Even from the record’s first few seconds, a brief stretch of quiet ambient noise that gets obliterated when everything kicks in, it’s evident that there’s something rare happening with the music in Melancholy and The Archive. Effortlessly commanding attention, Peck (who plays next to every instrument throughout the record) holds nothing back from the get-go, going full-throttle and never letting up over the course of the record. It’s a wonder his name’s not one that’s gained greater familiarity, which is a possibility that’s not entirely out of the question if We Need Secrets is consistently held to a standard this fully-realized.

Listen to “How You Remember” below and then let the rest of the record play through- it’s easily one of 2014’s most stunning surprises. Order it here.

One Comment to “We Need Secrets – How You Remember (Stream)”