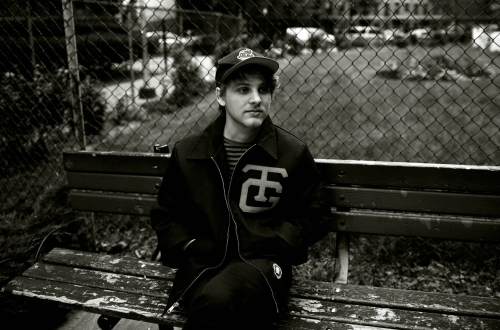 22 excellent records were released between June and August. While no posts went up on this site about those records in that time, there’s a remedy: a compilation of all of those titles. Basement punk demos, intimate folk epics, adventurous rap odysseys, and quite a few spaces between those triangular points comprise this particular field. Due to time constraints, these will be presented without any additional context but don’t let that aspect of this post distract from some truly incredible releases. Dive in below.

Between June and August, an avalanche of great songs came crashing down into the world. From genuine song of the year contenders (Big Thief‘s “Not” chief among them) to bands striking gold multiple times (Lauran Hibberd, Pom Pom Squad, Kal Marks) there was a lot to consume. Here’s a playlist of the best of best, presented with no extra fanfare. All of these selections are bold enough to stand on their own.

While there were virtually no Heartbreaking Bravery posts that went live over the course of the year’s third quarter, work was still being done. Meticulously tracking releases as they flooded in proved to be more challenging, as the parameters for submissions kept widening. Music videos proved to have an especially fruitful run over that course (give or take a few days from the end of June to the end of September), with 23 of them hitting hard enough to secure a featured place within this playlist. A quartet of acts found a way to double up their placement through various means, from expanding astonishing direction and cinematography (Florist) to gifting no-brainer Song of the Year candidates a dedicated clip (clipping. and Rosie Tucker). All in all, there’s a lot to study over the course of these 23 clips, each supplying a varying degree of rewards.

Click play below and get lost in their magic.

Young Guv – Roll With Me + Every Flower I See (Stream)

For years, Young Guv has been experiencing a steady uptick in public recognition. Like so many other artists that get covered here it’s not necessarily due to something like touring harder or being more prolific in terms of releases (in addition to that music both competing and benefiting from existing in the shadow of a wide umbrella), it’s more a matter of an audience catching up to the quality of an artist’s music All that said, the Ben Cook — who also plays guitar in Fucked Up — project’s also quietly improved over its run, an aspect that’s readily apparent on Young Guv’s most recent offerings: “Roll With Me” and “Every Flower I See”.

One feels like a spiritual brother to Rolling Blackouts C.F, the other, Mike Krol. Both come stamped with Cook’s signature vocal tic, which manages the difficult trick of sounding simultaneously weary and completely energized. Both tracks are easy to fall in love with, exuding the kind of charm that characterized acts like Archers of Loaf and Superchunk in their early breakout moments. Every second, no matter which way the genre influences lean, proves winsome, and Cook further solidifies his place among today’s emerging songwriters. “Roll With Me” and “Every Flower I See” both offer up an early look at Cook’s forthcoming Guv I, which could be mentioned on this site come December if the rest of its anywhere close to this good. Don’t miss this one.

Listen to “Roll With Me” and “Every Flower I See” below and pre-order Guv I from Run For Cover here.

Three Weeks Down: A Handful of Music Videos

The last post to run on this site made note of yet another hiatus that Heartbreaking Bravery’s been forced to endure for nearly three weeks. Shifting focus from streams to music videos, this list compiles a host of outstanding music videos to emerge in the regular coverage interim. Bookmark the page and go exploring, everything here’s worth revisiting or finding for the first time.

The Honorable Mentions of the 2015 Music Categories

Before diving into the particulars of the forthcoming lists, it’s worth addressing the distinction made in the headline. Each of the categories that received a list in 2015 (music videos, songs, EP’s, albums, odds and ends) will be expanded upon in this post. However, there are still two forthcoming film lists but each of those will include the honorable mentions along with the featured rankings. An obscene amount of great material came out over the 12 months that comprised the past year so any attempts to cover everything would be futile. If anyone’s exhausted the below lists, a more comprehensive version can be found by exploring the following tags: stream, full stream, EP stream, and music video. Explore some of the top tier picks that didn’t make it onto the year-end lists via the tags below.

Waxahatchee – Under A Rock (Music Video)

After the Downies review and accompanying round-up ran yesterday, the plan that was laid out in the introductory paragraphs was set in stone. Then today happened. Over the past few months, the sources where I turn to for material increased- as did the amount of emails I’ve been receiving. Every day, I’m finding roughly twenty things I wish I could dwell on for paragraphs. Contesting that desire is the harsh reality of time- so a few adjustments are going to be made. I currently have more than 250 songs from 2015 to link on the site so I’ll be providing lists of 75 (and one of 25) until that number’s brought to 0. It’ll be an additional part of what- as of tonight- will be regular daily coverage of new content. By the end of next week, things should be back to their normal pace.  It’s been a difficult, transitional time but it killed me to force the site into relative inactivity over the months following the 2014: A Year’s Worth of Memories project (and once again, I’d like to take the time out to sincerely thank all of that series’ incredible contributors- I’m sincerely grateful for your work).

Getting back to what matters, the material to have surfaced today has only reaffirmed the fact 2015 has been an absurdly strong time for music. For full-lengths, there was a powerful self-titled from American Wrestlers and a feral 7″ from recent Don Giovanni act Pinkwash. Music videos had even more to offer with Kopecky unveiling a charming lyric clip for “Quarterback“, Crushed Beak’s astonishingly lovely “History“,  TOPS’ unnerving animated adventure in “Driverless Passenger“, BETS’ artful black-and-white tryst in “Jenny“, and Froth’s blistering “Postcard Radio” (which very nearly earned today’s feature spot). Most of all, though, there were songs.  Site favorites Speedy Ortiz raised expectations for their forthcoming record even higher with the gnarled “Puffer“, Total Babes (who feature Jason Gercyz of Cloud Nothings) unleashed the spiky “Heydays“, and Slonk Donkerson reveled in a heavy sludge influence on “Painted From Memory“.  Death Valley Girls looked forward to warmer weather with “Summertime“, Hip Hatchet wove a delicate folk tapestry with “David’s Wolves“, while Meg Baird followed a similar pattern with “Counterfeiters“. Wave & Rome demonstrated an increasingly tired genre’s potential with “Across the Map” while The National demonstrated their propensity for an elegant consistency via the Sharon Van Etten-assisted “Sunshine On My Back“. Rounding everything off was Yazan’s rousing “Tell Me Baby” and Creative Adult’s hypnotically bleak “Ring Around the Room“.

While every single one of those is worth some level of investment, there’s just something about seeing your friends having a good time that elicits an inexplicably great feeling that’s impossible to sideline. Which is precisely why Waxahatchee‘s new video for “Under A Rock” is falling under tonight’s most meticulous level of scrutiny (and most thorough level of affection). I’ve long held a fondness for videos that celebrate lo-fi, VHS home video aesthetics. There’s a certain sense of time and place that accompanies the aesthetic, which winds up being a perfect match for the subtle sense of nostalgia that permeates all of Katie Crutchfield’s work as Waxahatchee. As one of Merge Records’ newest artists, Crutchfield and her collaborators have started off- predictably- on an extended series of grace notes. Now that NPR has verified Ivy Tripp is as incredible as its previews suggested. It’s fitting then, that the footage that comprises “Under A Rock” feels like a hard-won victory lap. From the lineup that performs the song in the video (it’s difficult to see Allison Crutchfield join her twin and not be reminded of Bad Banana or PS Eliot, two bands that meant a lot to me as I started exploring DIY punk’s fabric nearly a decade ago) to the faces in the crowd (Radiator Hospital‘s Sam Cook-Parrott and Cynthia Schemmer are always a welcome sight- as are the innumerable other familiar faces to appear throughout the clip), “Under A Rock” feels like a homecoming celebration built on mutual fondness and respect- which is a trait that this site will always support.

Watch “Under A Rock” below and pre-order Ivy Tripp from Merge here. Below that, explore 75 great songs from 2015’s first quarter that caught my ears (a few of them are on records that are already out but they’re definitely worth revisiting). Enjoy. 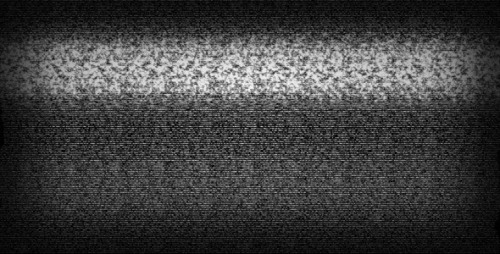 As was laid out in yesterday’s mixtape, for the next few days this site will be in strict catch-up mode. Mixtapes of some of the best material to emerge in the first three months of 2015 will be running until everything’s brought up to the present-day release cycle. A few items here and there will be granted individual focus pieces but don’t let that distract from the importance of the songs and clips in all of the past and forthcoming lists (as well as the one on display here). It’s been a strong year for music videos across several genres, which is something this package of clips is intended to emphasize. From site favorites Mumblr‘s stroke of brilliance in incorporating actual live footage from their previous shows into “Got It” to the Bob’s Burgers tribute to Sleater-Kinney to the searing, soulful “Keep In Mind (Asshole)”, there’s a lot here to admire. Dive in below and explore a few of this year’s richest treasures.