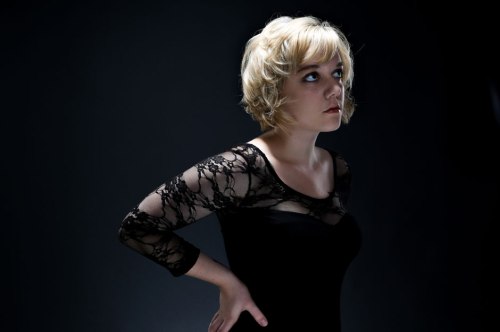 Before last week drew to a close, its final days offered up a large handful of excellent tracks from the likes of Oxbow, Superorganism, Girl Ray, Catch Prichard, Elder, Thunder Dreamer, Knox Fortune, The New Rebecca, Sleep Party People, Joey Agresta, Husky, OHME, Ultraviolence, and Kelly McFarling. Thankfully, that run of days also had something else up its sleeve: Lydia Loveless‘ “Desire”, a powerful entry into the acclaimed songwriter’s discography that was paired with a surprisingly gripping take on Justin Bieber’s “Sorry”.

Several years have passed since Lydia Loveless’ emergence and, time and time again, the songwriter’s proven to be one of today’s most formidable talents. Each of Loveless’ past handful of releases have been met with a heavy amount of anticipation and the songwriter’s still finding ways to surprise. Case in point: Desire b/w Sorry. While the gripping Justin Bieber cover constituting the B-side has been rightfully receiving a lot of press, “Desire” has been — somewhat unfairly — overshadowed, which is a shame because it ranks as one of the finest entries into Loveless’ increasingly impressive discography.

“Desire” is a swirling mix of aggression, melancholy, Southern rock, Americana, country, and punk-tinged rock n’ roll. In short, it’s one of Loveless’ most definitive songs. Shot through with the songwriter’s unmistakable voice, world-weary wit, and fierce power, it’s a five and a half minute reminder of Loveless’ seemingly innumerable strengths. Each decision, from ornate guitar figures to vocal sustain to the characteristically gritty instrumental tones, all serve a higher purpose rendering “Desire” an exhaustively complete work. “Sorry” may be the icing on the cake but “Desire” more than earns its place as the main attraction.

Listen to “Desire” below and download Desire b/w Sorry here.

Another Two Weeks Worth of Streams

Just a short while ago, a handful of pieces ran on Heartbreaking Bravery recapping some of the year’s finest first quarter releases. In the time it took to assemble those lists, a fresh slate of songs, music videos, records, and live videos emerged. Tonight’s posts will be dedicated to highlighting the most noteworthy releases of that selection. Starting off with the individual songs category, which was characteristically rich in terms of output over the course of the past two weeks. To that end, here are some of the finest titles to have surfaced in that time. Click around, there’s a little something for everyone. Enjoy. 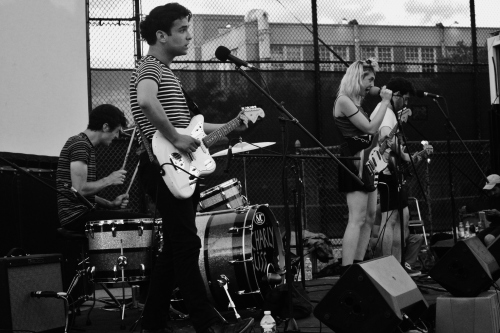 For well over a year now, this site has been anxiously anticipating — and meticulously tracking — the release of Charly Bliss‘ debut full-length. Easily one of the most heavily featured bands of these pages, the quartet’s finally offered up the first glimpse at what will be a viable Album of the Year contender. Before diving too much further into that piece of pop confection, though, it’s worth noting that for one of the first times all year, Heartbreaking Bravery is back on pace with the breaking release cycle.

To that end, these posts will resume including the most notable releases in individual streams, full streams, and music videos. Today saw the release of great new songs from Toys That Kill, The Velveteins, Sudakistan, Andy C. Jenkins, and Sonny & The Sunsets, while Blessed, Thin Lips, and Angel Du$t unveiled their respective records. Capping things off were a trio of music videos from ultraviolence, Turnover, and, of course, Charly Bliss.

Ever since the release of the band’s exhilarating Soft Serve EP — a very real early contender for EP of the Decade — the band’s been on the cusp of greatness. The band’s full-length debut, whenever it finds release, will go a long way in re-affirming the band’s undeniable talent to those already in the know or convince a whole new host of converts that they’re one of the most exciting bands on the planet. “Ruby”, one of many breathless runs through hard-charging, cleanly-produced basement pop, has now emerged as the record’s lead-off single.

In every instance I’ve been fortunate enough to catch the band running through the song, guitarist/vocalist Eva Hendricks has introduced the song with an almost-giddy “this song’s about my therapist!” Hendricks’ forthright honesty imbues “Ruby”, and the bulk of the band’s work, with a palpable sense of both wonderment and charm. Part of what makes Charly Bliss’ music so intriguing is that any projected innocence is routinely cut through with something much darker, a trait that the Andrew Costa-directed clip underscores beautifully by bringing out the song’s most jolting line (“passed out on the subway with blood in my hair”) and then in the video’s nightmarish finale.

“Ruby” is far from being defined by gloom, most of the clip’s an open-hearted ode to public access television (specifically siting the 1984 Ralph “Whistler” Giese clip from Kelly & Company in the music video’s premiere piece for The AV Club). Every member of the band turns in endearing performances as the clip rapidly scans through a series of entertaining cliches. The editing work throughout is strong, hitting its best moment with a perfectly-timed kick from bassist Dan Shafer, and “Ruby” never devolves into chaos or loses its identity despite the overwhelming amount of material brought into focus.

All in all, “Ruby” creates a solid hook for the band’s upcoming release while effortlessly tapping into the band’s oddball identity. Their humor’s tinged with the slightest hint of pathos, grounded in an unflinching reality that the band’s more acutely aware of then they sometimes let on. It’s an invigorating preview of what could eventually come to be regarded as a genre classic, landing a breathtaking series of grace notes that announce the band is more than ready to officially arrive.

Watch “Ruby” below and keep an eye on this site for an inevitable slew of updates on the band’s forthcoming full-length debut throughout the year. Beneath the official clip, watch a video of the band performing the song last year as part of Father/Daughter’s Northside showcase.

What A Difference A Month Makes (Streams)

As was discussed in the preceding two posts, there’s been a serious lull of inaction on this site as of late as far as posting is concerned. A large reason for that was the fact that the majority of that coverage gap was spent traveling thousands of miles to document sets from bands like Oops, Dilly Dally, Yowler, Eskimeaux, Frankie Cosmos, Beach Slang, Potty Mouth, Dyke Drama, PWR BTTM, and more.

The resulting documentation will be posted at some point in the near future but the hefty amount of visual content (not to mention the act of traveling itself) necessitated a publishing break. However, as usual, every new piece of incoming information was accounted for in the interim. Full streams and music videos have already been covered so it’s time that the attention was turned towards individual songs.

A list of some of the finest new tunes to have emerged over the past month can be found below. Since there are so many, it may be best to bookmark this page and explore its contents at a more leisurely pace to avoid being overwhelmed. Jump on in and go swimming. 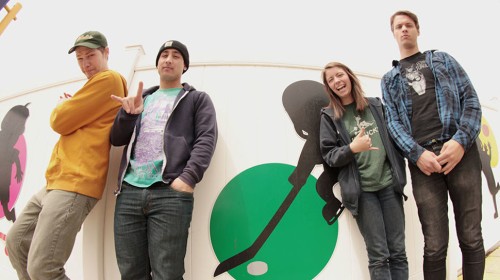 Last year, Ratboys quietly put out one of 2016’s best records with AOID, a record that’s only benefited from repeat listens (which have existed in abundance). The band’s returned with the playful “Not Again”, a welcome breath of fresh air. Before going too far into the examination  of “Not Again”, though, a handful of other great tunes should be mentioned. Since the start of April, a whole host of worthwhile songs have appeared, including releases from Grieving, Little Scream, Bengtsarvet, Empty Houses, Ultraviolence, LUKA, Dave Harrington Group, The Shaker Hymn, and Greater Pyreneese. Despite those tracks’ formidable strengths, it was Ratboys who secured the feature spot.

AOID saw the quartet sharpening their songwriting approach, fine-tuning how they implemented the folk and Americana attributes of their aesthetic into something that closely resembles basement pop but still manages to sound singular, while faintly recalling some of the finest acts on Saddle Creek, a label that built their reputation on bands who boasted a similar musical blend. “Not Again” finds Ratboys’ songwriting growing even sharper, with the band paying a greater interest to choices in dynamics, resulting in one of their fullest-sounding tracks to date.

Additionally, guitarist/vocalist and principal songwriter Julia Steiner has grown more assured in the band’s narrative approach, concocting an acutely-realized dissection on mortality that functions as a celebration of being alive to experience life in its maddening, confounding, and ultimately reassuring fullness. The lyric set here is just as impressive as the crisp instrumental work and production, with everything coming together seamlessly to ensure “Not Again” its rightful place as the band’s current career highlight.

On a level that’s purely concerned with composition, “Not Again” registers as incredibly thoughtful, even for a band that’s already known for their abilities as songwriters. This is never more clear than in the sudden burst of power that closes the song out, following a quiet, enticing bridge. It’s the perfect way to end a song that may very well signal an entirely new level for the band as a unit, both in terms of artistry and commercial success. In any case, the fact that they’re continuing to make music and continuously improving in the process is more than enough cause for celebration.

Listen to “Not Again” below and download it from the band here.