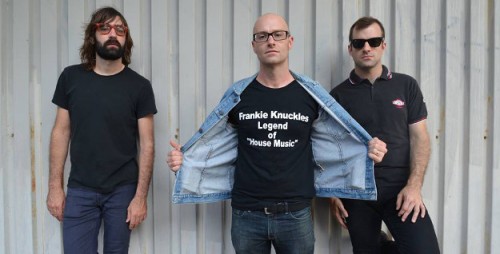 John Sharkey III once led Puerto Rican Flowers, a band that earned an almost excessively devoted following thanks to a small string of incredible records. The band’s eventual demise was a crippling blow but opened up the floor for new opportunities, one of which was quickly seized and invested in until the project, Dark Blue, began accruing an impassioned following of its own. Last year, the band put out the monumental Pure Reality, which was highlighted by songs like the brilliant “Here On My Street” which incorporated a greater emphasis on Sharkey’s formidable pop sensibilities.

In January the band will be returning with Vicious Romance b/w Delco Runts, a 7″ that recently got off to an extremely promising start with the record’s driving B-side. “Delco Runts” sees the trio continuing to expand their more pop-leaning influences without ever sacrificing their post-punk roots. Damaged, romantic, and wide-eyed, “Delco Runts” is a bruiser with a backwards grin, dissecting moments of youth with all the panache of the best tragicomedies. Eventually, “Delco Runts” builds itself into a heartbreaking conclusion that feels lived-in and brutally honest before dropping into a mournful outro section that lends the song some additional emotional weight, ensuring the song a valued place in what’s shaping up to be a formidable discography.

Listen to “Delco Runts” below and pre-order Vicious Romance b/w Delco Runts here. Underneath the embed, explore a list of great songs to have appeared over the course of the last several months. 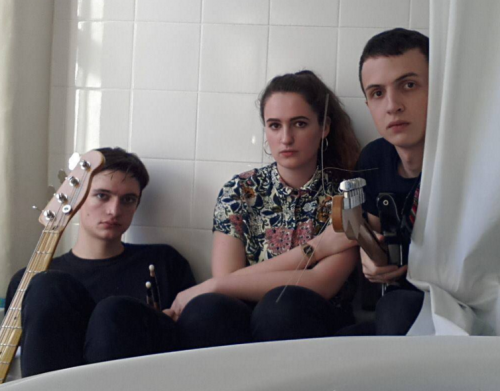 [EDITOR’S NOTE: With the site now entering emergency year-end catch-up mode thanks to the cruel, mocking nature of time, tonight’s trio of posts will simply be short reviews of the album(s) in the headline(s) and an accompanying list of records that deserve to be heard.]

Every so often, a band explodes onto my radar by virtue of a simple email message and thoroughly captures my attention. Milk Crimes are one of these bands and their explosive self-titled EP, which recalls a number of acts from the impeccable Reeks of Effort roster at their most manic (while still clinging to the frantic pop sensibility that serves as one of their more defining elements).

Milk Crimes is comprised of five vicious punk-tinged basement pop numbers, each one barreling headfirst towards some unplanned destination. The trio trades vocals at will and are unified in their determinedly scrappy approach as individual musicians, conjuring up something that feels exhilarating because of the constant looming threat that it’ll all fall apart at any minute (yet never does). Wildly energetic and abrasively confrontational, it’s one of 2015’s finest hidden gems and deserves a lot more discussion than it’s getting. Get on board.

Listen to Milk Crimes below and pick it up here. Below the embed, explore a collection of some of the best full streams to surface over the past several months. 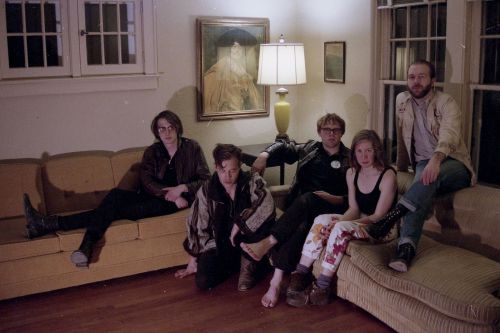 Even though more than two dozen of the past week’s items have been covered, there’s still a large handful of releases that haven’t been mentioned. Dusk’s B-side to “(Do The) Bored Recluse” led a formidable pack of noteworthy new songs and full streams. In the former caAtegory, there were memorable new numbers from Florist, Tigue, The Coathangers, Pinegrove, Foxing, Tenement, Historian, Monella, and Total Abuse, as well as a respectable Fugazi cover from The Dirty Nil. The full streams were well-represented with an eclectic trio of releases from Weyes Blood, Operator, and Bad Wig. All of those are, as always, worthy of investment- but it was Dusk’s latest that felt most deserving of this post’s headline.

As previously stated– and evidenced by this very post– any time anything Tenement-related surfaces, there’s a decent chance it’s going to get featured. There has been no other band I’ve recommended more times over the course of the past eight years and the band’s many side projects have warranted a great deal of attention; Dusk is no different. A collective of some of the sharpest musical minds in Wisconsin’s Fox Valley area, Dusk magnify Tenement’s relatively contained classic country influence into something effortlessly convincing.

“Too Sweet” sees the vocal lead shifting from Amos Pitsch to Julia Blair, who has no trouble carving out a commanding presence as the song’s central player. Nuanced pedal steel work and an impressive keys figure drive the song’s open-road feel, while Pitsch’s layered backing vocals inject the song with the kind of character that’s come to define his main vehicle. All the while, the rhythm section remains focused, covering up the song’s saccharine sensibilities with a coating of grit; a trick that plays directly into the song’s lyrical content.

It’s a clear-eyed love song that’s covered in bruises and it exhibits an incredible amount of promise for the members’ latest undertaking. “Too Sweet” also cements (Do The) Bored Recluse b/w Too Sweet‘s status as one of this year’s finest 7″ releases. Make sure it’s in as many collections as possible by following the order link below; this isn’t something to be missed.

Listen to “Too Sweet” below and pick up a copy of the 7″ from Forward! Records here.