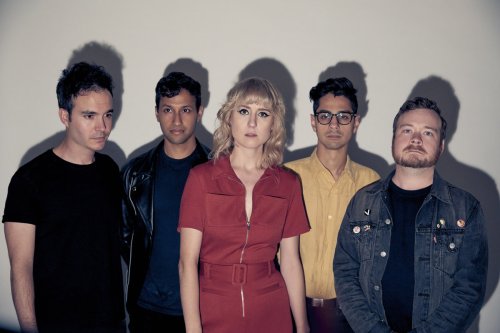 Following an EP and an incredible standalone single, Grim Streaker are proving they have so much more to add to their story. The quintet’s adrenaline-inducing debut full-length, No Vision, is a sharp, jagged burst of cutting basement punk. Frantic and energized, the band holds nothing back, opening with the sharp 1-2 burst of “A.D.D.” and “Today New York” that sends an immediate signal to listeners to buckle up because No Vision is the kind of ride that’s never going to slow down and only going to get wilder.

Only two tracks on No Vision exceed the 2:40 mark, and a small handful never make it past the two minute mark. Grim Streaker don’t typically traffic in anything other than breakneck pace, even when it comes to the macro, which is what makes the record’s centerpiece so surprising. “Cat Call” is a sprawling, vicious 5+ minute run through nearly every facet of the band outside of their affinity for tempos that set out at a sprint. It’s noisy, it’s damaged, it’s message is concise, and by the end, it goes fucking hard.

Similarly, album closer “Heaven” (the only other track on the record that exceeds three minutes), finds the band embracing restraint at its outset and settling into a mid-tempo groove before working themselves into a frenzied chaos. The urge to go for the jugular seems to be irresistible to Grim Streaker but it also suits them and their material to a tidy perfection. They’re finding ways to mine beauty from the wreckage and holding up those marred pieces as something to be cherished. In the process, they’ve made one hell of a record. Buy it whenever possible.
Listen to No Vision below and pick it up here.