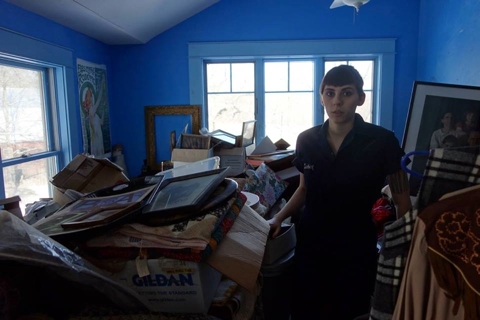 The featured track belongs to A Year’s Worth of Memories alum Isabel Reidy’s project, Izzy True. After a dazzling EP, the project’s readying their debut full-length, Nope. Leading off the rollout campaign is the record’s brilliant lead-off single “Total Body Erasure”. Tapping into the swamp-punk, roots, Americana, folk, blues, and dirtied up rock n’ roll influences that made the Troll EP one of last year’s most compelling listens, “Total Body Erasure” also achieves the impressive feat of heightening the level of lyricism attached to the band by tackling a subject that manages to feel both intimate and political without one aspect ever outweighing the other.

It’s an astonishing piece of songwriting that suggests Reidy’s quickly becoming one of this generation’s finest young lyricists. If the rest of Nope can live up to the level set by its introductory piece, Izzy True has a legitimate shot at being one of 2016’s most notable breakout successes. All that’s left is to wait, see, and hit repeat on “Total Body Erasure” until that moment, during that moment, and well past that moment. Whichever way it shakes out ultimately won’t matter. What does matter is the strength of Reidy, Troll, and “Total Body Erasure”, which is more than enough to prove that we should all keep listening.

Listen to “Total Body Erasure” below and keep an eye on Don Giovanni for the pre-orders of Nope.