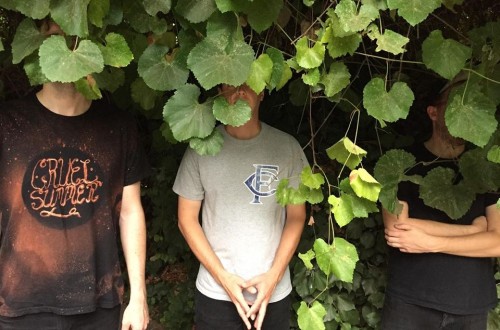 EDITOR’S NOTE: This series of posts reflects back on some of the best material to be released over the past few weeks. Each post with this heading is a part of this series. After this series has concluded regular coverage will resume.

Ever since Terry Malts’ exceptional Killing Time, the band’s been a favorite of this site, cranking out powerpop songs that come fully equipped with a post-punk bite. This year — in addition to being gracious enough to provide an outstanding old track to the A Step Forward compilation — they released the exceptional Lost at the Party. The record finds the band embracing their more pop-leaning tendencies and finding new ways to provide thrilling material.

“Gentle Eyes”, one of the many standouts of Lost at the Party, now has an exceptional, direct visual accompaniment. Directed by bandleader Corey Cunningham, “Gentle Eyes” is a suitably retro-leaning clip that accentuates much of what makes the band so appealing. By couching nostalgic tints in a package that still manages to feel modern, they straddle a divide that’s as welcoming as it is enticing. It’s masterfully crafted, expertly controlled, and a sharp reminder of Terry Malts’ surprising power.

Watch “Gentle Eyes” below and order Lost at the Party here.