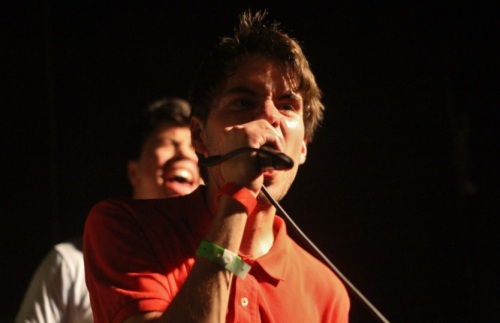 This most recent Tuesday came and went with little fanfare but left a lot of great material in its wake. Among its many unearthed gems included songs from Hit Bargain, The Essex Greene, S.M . Wolf, Lazyeyes, Slow Mass, Blues Lawyer, Frog Eyes, Savage Mansion, GRLwood, American Wrestlers, HOO HAs, Sibille Attar, Anemone, Alex Dingley, Batts, Richard Nuclear, clips from Courtney Marie Andrews, The Sidekicks, Media Jeweler, Cut Worms, Run Logan Run, Deafheaven, The Magic Lantern, and a two-song release from Blue Streak. While all of those, as always, deserve looks and listens the focus is here is solely on the re-emergence of site favorites Big Ups by way of their music video for “Fear”.

Following the scintillating “PPP”, Big Ups have now stoked the excitement for their forthcoming Two Parts Together even further with “Fear”. The song itself is the band at their most aggressively simple, relying on their use of restraint as a means of aggression with characteristically sterling results. Capitalizing on the song’s cumulative effect is the accompanying music video, cut together by drummer Brendan Finn using performance clips from the band culled from various sources and footage that came from the band member’s through several tours [Disclaimer: Heartbreaking Bravery footage of the band performing at Palisades is included in the clip].

As is the case with every Big Ups track, the intensity when the song reaches its apex is blistering and its quieter moments are as arresting as ever, the dichotomy surges breathing some life into the clips as they flicker on the screen. There are times where “Fear” almost feels like a statement about the band’s endurance, versatility, and longevity, yet their own legacy never becomes an overwhelming focal point. Instead, there’s enough freewheeling sensibilities and uncertainty that it subverts the trap of becoming a referendum and simply settles on being a living testament to their present power.

“Fear” is effective, efficient, and more than serves its purpose: anyone that listens or watches the clip has been served noticed that something menacing is lurking just around the corner. All we have to do is wait until May 18.

Watch “Fear” below and pre-order Two Parts Together from Exploding In Sound here. 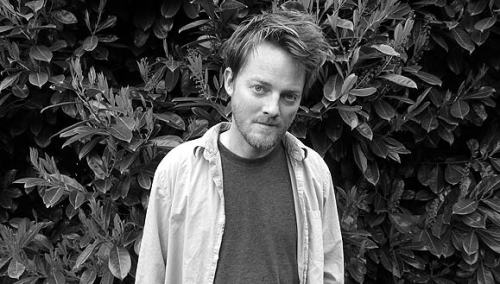 While all three dozen of those entries are worth a hefty amount of investment, it was Eluvium‘s characteristically breathtaking “Rorschach Pavan” to earn this post’s featured spot. Following on the heels of the spine-tingling “Regenerative Being“, Matthew Cooper once again demonstrates what’s made his discography one of the richest — and most celebrated — in ambient music.  “Rorschach Pavan” is one of Cooper’s finest offerings to date.

Once again, there’s an air of tranquility that permeates through “Rorschach Pavan” as well as a genuine sense of peace. Cooper’s stated that False Readings On is meant to be a meditation on cognitive dissonance and that thread reveals itself in patches throughout the course of this track but never overwhelms the proceedings, acting as a brief reprieve from the aggressive punctuation of “Regenerative Being”. Even with feedback and white noise swirling through its veins, “Rorschach Paven” registers as one of Cooper’s more calm, cerebral works.

The structure of the bulk of Eluvium’s music demands the songs to slowly unfurl, revealing themselves in layers while simultaneously adding new, overlapping themes, motifs, and instrumentation. Here, that approach hits an apex just after the 3:40 mark as a bass suddenly lifts the melody skyward in what’s one of the most beautiful sequences of music anyone’s likely to hear all year. That specific moment winds up being the definitive one for “Rorschach Pavan” as the gentle climax slowly cedes and the track begins to calmly disintegrate.

Otherworldly, intimate, and unfathomably gorgeous, “Rorschach Paven” is classic Eluvium, through and through. Beyond that, it’s one of the most awe-inspiring songs of recent memory. If the rest of False Readings On can live up to the standards set by its precedents, it’ll likely stand as one of the most beautiful records of 2016. Until then, “Rorschach Pavan” should be more than enough to tide anyone over. Fall under its spell and drift off on a sea of muted bliss.

Listen “Rorschach Pavan” below and pre-order False Readings On here.