Tag: Headbanging in the Mirror 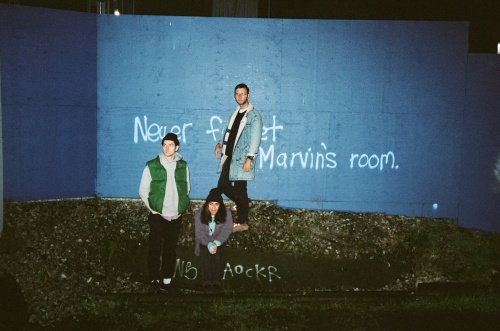 Although the last post’s collection of music videos represented some of the finest clips to have emerged in the past week, it didn’t quite cover everything. The past seven days have been a solid outing for the format, producing some memorable clips. While there are still a few yet to come, this post tackles the majority of the remainder of what’s gone uncovered from that week-long time frame so far. Included in those videos is STS x RJD2’s live edit of the brassy, soulful “Doin’ It Right”, Ducktails’ intriguingly pensive “Headbanging in the Mirror“, Pet Sun’s mildly disturbing, effects-laden “Never Quit“, and Candy Darling’s quasi-nightmarish “Going Straight“. Weed’s “Thousand Pounds” gets this post’s headline for finding a visual aesthetic so perfectly suited to the band’s shoegaze-tinged take on basement punk. Utilizing grainy black-and-white visuals and some compellingly simplistic visual effects, the band’s found a unique platform to showcase their driving sensibilities. Lightly damaged, strangely mesmerizing, and heavily nostalgic, “Thousand Pounds” is a great example of a band embracing their identity. 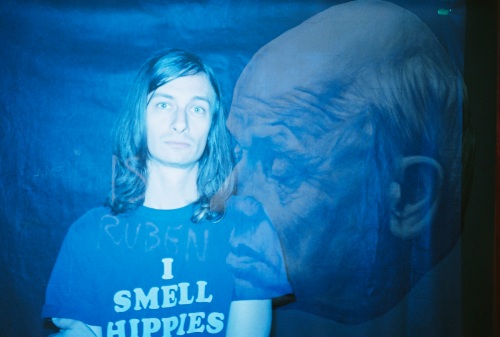 Back in 2011 I saw Dead Confederate play an incendiary set at Summerfest in a baffling early afternoon slot to roughly 100 people. It was a surreal experience that validated a lot of my growing suspicions about the way the hype machine works (at the time, the band was in the midst of the tour for their critically acclaimed debut effort) but it also shed light on guitarist/vocalist’s T. Hardy Morris’ seemingly intrinsic talents and his impossibly engaging presence. Over the years following that performance, he’s cultivated that talent into something even sharper, cutting his teeth on a variety of projects (including, but not limited to, Diamond Rugs). He’s set to release another solo record, Hardy and the Hardknocks: Drownin’ On A Mountaintop, and is previewing it with “My Me”, one of the most electrifying songs of his already fairly vast discography.

Of course, “My Me” was only one highlight in a sea of great releases from the past week’s treasure trove of material, so before it gets dissected, a few other notable titles will get the mentions they deserve. The titles in that category (and in this collection) are as follows: Liza Anne’s wistful “Ocean“, Robert Pollard’s cheeky “Take Me To Yolita“, Maribou State and Pedestrian’s collaborative effort “The Clown“, The Bats Pajamas’ lightly menacing “Wrong House“, Walleater’s mesmerizing “Sin Eater“, Rosetta’s bombastic “Untitled V“, Ducktails’ shimmery “Headbanging in the Mirror“, Citizen’s murky “Cement“, and a stunning new demo entitled “Your Heart” that came courtesy of site favorites Girlpool. While all nine of those tracks deserve as many plays that they can get, it’s the latest from T. Hardy Morris that- somewhat unexpectedly- snagged this post’s headline.

“My Me” is another strong example of Morris’ grasp on how to combine genres that don’t seem like they would complement each other at all into something surprisingly immediate (and immediately accessible). Taking cues from country, shoegaze, sludge, and punk, “My Me” is a masterclass in eclecticism, sure, but it’s also an absurdly catchy song that revels in an endearingly youthful enthusiasm. Morris has been impressive since “The Rat” put him on the map but “My Me” is another piece of evidence that Morris is progressing steadily as a songwriter as he goes, making him one to continue watching. The rise/fall vocal dynamic is used like a weapon in “My Me” and the muddy guitars behind his howls (and pointed commentary on self-exploration) push the song to incredible heights. A sunny melody runs through everything, lending the whole affair a feeling of fun that’s become uncommon in today’s musical landscape (which is also why the whistle at approximately 1:24 makes me smile every time I hear it and will undoubtedly remain one of my favorite musical moments from this year as it barrels along). While “My Me” bodes well for Hardy and the Hardknocks: Drownin’ On A Mountaintop, it’ll be hard to care if anything tops “My Me” because we still get a song this perfect out of the deal.

Listen to “My Me” below and pre-order Hardy and the Hardknocks: Drownin’ On A Mountaintop ahead of its June 23 release from Dangerbird here.