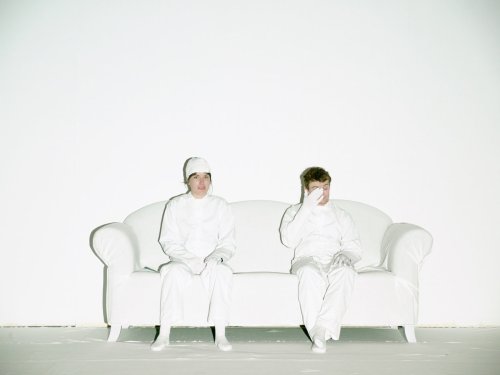 Shutups have consistently impressed over the years, slowly expanding their audience from one show to the next. Even with some strong efforts to their name, it’d be hard to predict the extent of the artistic jump the band takes for their most recent full-length, Every Day I’m Less Zen. Everything on this record clicks, working in tandem with even the most minuscule detail to produce an incredibly inspired end result. From the crackling, gloriousy blown-out production to the thematic consistency to the pacing, this is a complete — and completely realized — work.

“that’s a long time to be on fire” starts things off at a blind sprint and the band never really looks back from that point, barreling forward with a reckless disregard for whatever’s in their path. As energized as it is energizing, this is basement punk of the highest order. Whenever the band does scale back a little, their pop sensibilities shine through and give Every Day I’m Less Zen an addictive gleam that ensures repeat listens. Surprisingly thoughtful in its ruminations on a very specific sliver of young adulthood and its various drawbacks and rewards, this is a borderline definitive record for a certain type of person.

While Every Day I’m Less Zen makes its bones on no-holds-barred aggression, Shutups manage to sprinkle in a few surprises that keep the affair from being an exercise in exhaustion. Whether it’s the glitch-pop of the intro to “Telephone” or the synth-laden haze of “Holiday Punch”, Shutups keep thriving by adding new, wrinkled layers to an enticing core. By the time the mind-scrambling closer “I Wanna Crash Cars” rolls around, Shutups have provided an entire world to get lost inside, to revisit, to fall in love with, and to leave behind. An extraordinary work from a duo worth knowing, Every Day I’m Less Zen stands firmly as one of the stronger basement punk records not just the year but the present decade. Take a deep breath, make the click-play plunge, and get swept up in its nuanced chaos.

Listen to Every Day I’m Less Zen below.