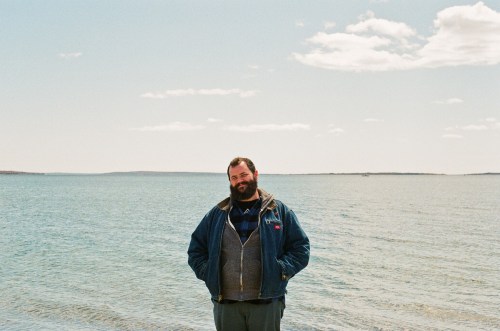 Over the course of the year, this site has done its best to pull Ben Seretan‘s work into focus. From an astounding self-titled effort to a melancholic short film, the material Seretan’s provided has been as fascinating as it has been compelling. Seretan’s had a knack for collaborations and the group he’s wrangled for this effort- a tape entitled Yellow Roses– (which is officially being released under the moniker Ben Seretan Group) is loaded with talent.

A month ago, Seretan gave the world a glimpse at Yellow Roses via a video of one of the extensive live sessions that went into its creation. Yellow Roses immediately stands out as one of 2015’s more niche releases, essentially a half an hour riff on deviations of the same song split into an A-side and a B-side for the cassette release. Coyly named “Take 2” and “Take 3”, the whole experience is easy to lose yourself in while it washes over everything.

Seretan’s shown a gift for tapping into music that manages to sustain a meditative sensibility before and the key phrase the release hinges on, “Yellow Roses”, once again feels like a do-or-die mantra. There’s a certain exhilarating desperation that the song evokes, providing it an intriguing sense of urgency on both sides, even as they approach 15-20 minutes in length. “Take 3”, the tape’s B-side, has a particularly tall order to film, registering as the back half of one larger connected experiment.

A song that could have easily been consumed by the weight manages to thrive by continuously subverting expectations, blooming into something that thrives on difficult circumstance. By continuously establishing new nuances, Seretan (and co.) have created something that’s both entirely unexpected and completely welcome. Hell, it may even prove to be unforgettable. Whatever it is, it’s certainly not worth missing. Just hit play and drift off to wherever your mind takes you.

Listen to the premiere of “Take 3” below and pre-order Yellow Roses from Death Rehearsal here.