Tag: All I Want

In the past week Jet Rewind, Maria Kelly, Angelo De Augustine, Fast Romantics, The Big Drops, Beacon, Nearby Pastures, Talay, Ride, and Floco Torres have all unveiled standout new tracks. Hazel English also returned with yet another spellbinding track, continuing a white-hot streak of quiet perfection. Once more, the project delivers an airy, winsome take on powerpoop that feels effortless; “Love Is Dead” operates as a breath of fresh air. As is typically the case with Hazel English songs, “Love Is Dead” is essentially a series of grace notes strung together, tying in a melancholic tendency with an abundance of warmth and a closeted optimism. Gorgeous and uncompromising, “Love Is Dead” stands firmly as another in a string of modest but dazzling successes for Hazel English.

Listen to “Love Is Dead” below and pre-order Just Give In/Never Going Home here.

Watch This: Resuscitations, Pt. I

Two Watch This posts will run tonight, bringing the series back up to the current release cycle. After more than 100 entries and several long-form packages, Watch This has only managed to expand in both scope and range. The underlying principle remains steadfast: this is a project to celebrate the very best in live performance video, one of the most under-recognized and under-appreciated multimedia art forms in the music and film world. An intense amount of craft is required to make a live video memorable (or, failing that craft, a formidable level of personality) and some of the people who are brave enough to make entries turn in unforgettable work.

Below are 25 great performances from 25 artists who are worth exploring. Whether it’s PUP tearing through the strongest opening 1-2 punch any record’s boasted this year, Courtney Barnett putting her heart into a gentle solo rendition of “Depreston“, Midnight Reruns unveiling a new song, or Small Houses putting a warm spin on a Weakerthans classic, there are a lot of moments to appreciate embedded into this compilation. Old favorites and emerging acts found themselves posited as the centerpiece(s) of artful documentation and this installment of Watch This is a presentation of those documents. So, as always, turn up the volume, calm down, lean in, and Watch This. 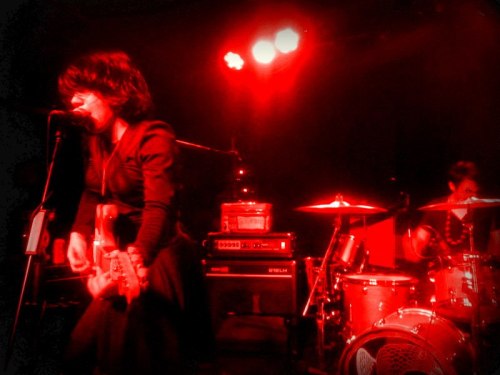 To close out tonight’s posting spree, there’ll be a few more gems in this introductory paragraph and then another look at Screaming Females‘ upcoming Rose Mountain to bring this bout to a close. Darlings teased the casual sprawl of the noise pop that’ll undoubtedly be populating their upcoming Feel Better with “Mein the Sky“, a track that single-handedly ensure Feel Better‘s status as a record to be met with anticipation. A curious pair of videos surfaced in the just-now-released clip for Jawbreaker’s classic “Boxcar” and a shadowy night drive provided the visual template for Total Control’s future classic, “Flesh War“. On the full stream front, Kid Wave unleashed torrents of shoegaze-inspired noise-punk with their incredible Gloom EP, which deserves to be regarded as one of the year’s best. Then, to top everything off, Screaming Females dug their nails and teeth deep into the vicious “Ripe”- and in doing so, earned the last feature spot of the night.

“Ripe” accompanied the announcement of Rose Mountain (due out via Don Giovanni on February 24), the band’s follow-up to 2012’s career-best effort, Ugly. With “Wishing Well” having already provided a first look at the band’s upcoming record- and especially with “Ripe” augmenting it- the band’s trend of continuously topping themselves seems set to continue. Guitarist and vocalist Marissa Paternoster seems to be experimenting with a subtle restraint that’s paying massive dividends for the new batch of songs thus far, allowing the coursing energy of the music to be emphasized more fully than ever before. Unsurprisingly, Paternoster’s riffs remain as blistering as ever and her vocal delivery’s still incredibly impassioned and laced with a staggering amount of conviction.

Jarrett Dougherty’s drumming’s still as powerful as it is precise but the work King Mike lays down on bass is easily among the best of his career. Paternoster and Mike trade riffs with a deranged glee, building “Ripe” into an unshakable basement punk bruiser. At some point over the course of the song’s three minute and 17-second run time, it seems like “Ripe” lights a fire underneath itself, pushing everyone in the band to play like their lives depend on equally fiery performances. This eventually leads the trio straight into one of the best bridges they’ve concocted, aided by some brilliant production work that rivals what Albini managed to accomplish with Ugly. By the time “Ripe” comes to its severely punchy conclusion, Screaming Females have outrun another grenade blast of their own design. Should all of Rose Mountain live up to the promise of its first two tracks, 2015 will have a very early Album of the Year contender.

Stream “Ripe” via the somewhat disconcerting video below and make sure to pre-order Rose Mountain from Don Giovanni as soon as it’s a possibility.