Three months in and a handful of arresting, tragic songs have already crept out of 2015. None of them have been as emotionally devastating as the title track to The Offer, the debut of All Dogs and Saintesenca‘s Maryn Jones’ solo moniker, Yowler. Few moments last year gave me chills as fierce as when Jones revisited “Leading Me Back to You” as an epilogue to an interview I had the good fortune of conducting for The Media. In some ways, that performance was a slight betrayal of the icier, more ambient-laden terrain that Jones would be visiting with Yowler. As a glimpse ahead, it was enough to freeze blood. “7 Towers” and “Water” both indicated a natural progression of Gift., the last record Jones would release while using her own name as a moniker.

Even with the startling clarity of “7 Towers” and “Water”, it’s difficult to be fully prepared for “The Offer”- and easy to see why the first official Yowler release would take on the song’s name. Gently picked acoustic guitar, an unbelievably gorgeous piano figure, and eerie, layered vocals transform this song into something genuinely haunting. It’s a song that opens with a shadow, closes with stillness, and reverberates long after its hushed close, bringing to mind the dynamics of Elliott Smith and the raw emotion of Marketa Irglova’s most melancholic moments. Spellbinding beyond reason and crippling in its wounded vulnerability, “The Offer” is less of an actual offer and more of a warning: tread lightly, there’s broken glass here that’s yearning to reach out and cut.

Listen to “The Offer” below and pre-order the release from the increasingly formidable Double Double Whammy here. 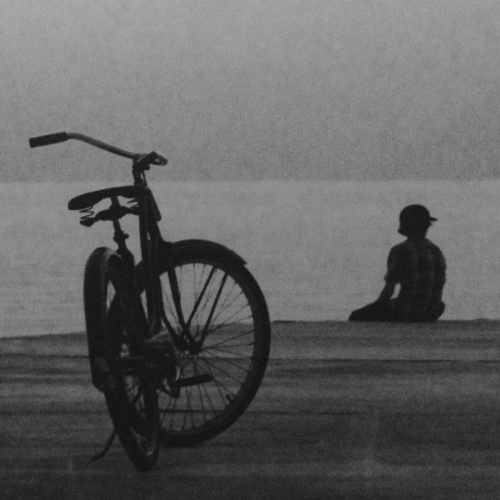 For this review, I’m going to take on a more personal bent. After a full year of severely restricting first-person narrative and running a year-end campaign that built its identity on deeply personal recollections, it felt like that was something that needed a slight change. I’m not going to sit here and pretend like I don’t know Aaron Ehinger, the guitarist and vocalist of Kodakrome (a new Chicag0-based duo, with Brian Tepps holding down bass, drum programming, and synth duties). Now, normally, when I’m blown away by someone’s music, there’s a deeply-felt kinship to that art and the people responsible for its creation. Every so often, if I’m lucky, those people measure up to their art and my life gets a little better because of their friendship.

Here’s where the intrigue of Kodakrome kicks in: Aaron’s someone I’ve known for a little over a year (and whose photography I’ve admired for about as long) but was largely unfamiliar with his previous bands. Kodakrome is the first one I’ve listened to and if he hadn’t already been a friend, I sure as shit would have liked him to be after hearing this demo. Visceral post-punk that’s inflected with subtle hints of chip-tune- suggesting a previously unthinkable middle-ground between PUP and Crying– is the formula that has this demo frantically gunning right out of the gate (“Skeletons” introduction’s about as abrupt as the intro to Dinosaur Jr.’s “Budge“, another band whose influence on Kodakrome is evidenced fairly easily).

As deliriously breakneck- and ridiculously invigorating- as “Skeletons” winds up being, “Slow Down” (a delightfully ironic title) is the song that seems to be most indicative of the places Kodakrome’s already sprinting towards. Ehinger and Tepps immediately set about lighting “Slow Down” on fire and succeed in doing so by the :30 mark. All wild-eyed momentum and furiously yelped howls that scrutinize the inevitably of death, “Slow Down” is a genuinely impressive punch to the gut. Tepp’s manic synth work, especially, goes a long way in shaping the band’s curious early identity.  Between the two songs, Kodakrome doesn’t even exceed three and a half minutes- but the band makes one hell of an impression during that running time. These are songs that stick and- importantly- hint towards a very promising future.

Listen to Kodakrome below and keep an eye on this site for any future updates regarding the band.