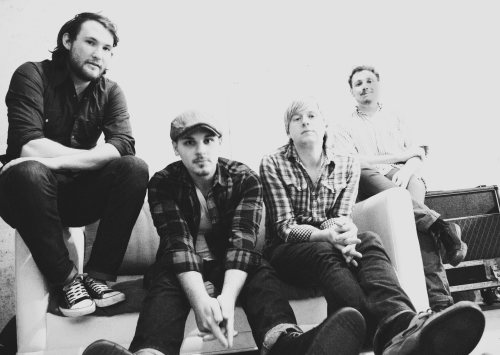 [EDITOR’S NOTE: Apologies for what’s been the longest content delay since the site started. Heartbreaking Bravery’s forthcoming NXNE content should both explain my absence and- hopefully- make up for the lost time.]

The Midwestern Charm have officially made the move from Oshkosh to Milwaukee and are preparing to release their new record, Growing Pains, which is an absolute scorcher of a follow-up to their much softer debut. In celebration of this fact, they’ve put together a trailer that includes tour dates, a few snippets of standout “Bloodbath”, and the same humor and spirit that was so prominent in The Sleepwalkers’ (their brother band) video for “Come Around“. Having heard an advance and been privy to the development of Growing Pains, it’s an honor to run this short teaser here. It’s a monstrous record that mixes a perfect selection of genre tendencies (powerpop, basement punk, noise, etc.) and something that’s entirely their own. The whole thing is a monumental stride forward for the band and deserves to be celebrated.

While the video may be willfully modest and intentionally goofy, Growing Pains is a masterfully produced and surprisingly mature record that will likely wind up as a personal selection for one of 2014’s very best. Watch the video (keep an eye out for the perfect full-room smash cut) below and bandleader Connor S. LaMue playing stripped-down version of Growing Pains‘ two lead-off tracks for the always-reliable Third Coast Digest here.

Pay close to attention to those tour dates and catch them live at all costs.

One Comment to “The Midwestern Charm – Growing Pains (Trailer)”