Molybden – Woman Who Left Behind (7″ Review) 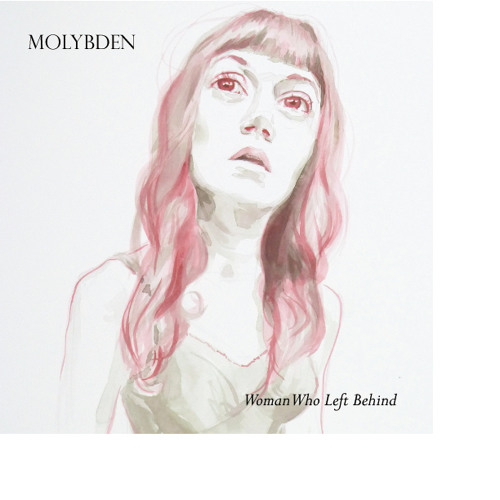 There are very few new releases that have existed decidedly outside of the punk spectrum to catch this site’s attention. Molybden’s Woman Who Left Behind found itself squarely in that category when it first came in as a submission. Molybden is the solo project of Tess Seip, an artist who was raised in Marfa, TX. Normally geographic identifiers that small don’t warrant a mention and should be held to the barest of minimums in reviews. So why mention it now? Marfa, TX was the small town where both No Country for Old Men and There Will Be Blood were filmed. Anyone familiar with those two films will likely attest to both having stunning visuals and desolate landscapes. That desolation both informs and permeates though all four songs on Woman Who Left Behind.

Rarely more than an instrument and Seipp’s voice, Woman Who Left Behind is a release full of sparing and haunting folk songs. Seipp’s natural ability to command with a minimal palette is evidenced immediately with the title track that leads off the collection. Her voice is masterfully controlled, arresting and enticing all at once. There are shades of Cat Power, Feist, and Joanna Newsom inflected throughout Woman Who Left Behind. Using multi-track vocals and just a touch of reverb, Seipp’s slightly left-of-center lyrics gain an emphasized introspective context. When everything finally trails off in “Bloodshed”, the most haunting track of the four, and the acoustic is swapped out for a piano, the four songs feel like a surprisingly complete collection. All told, Woman Who Left Behind is one of the more singular collections to be released so far this year and should help Seipp continue her steady ascension. Hear it below and order the physical copy from Berniece Rode Records via Molybden’s bandcamp.

2 Comments to “Molybden – Woman Who Left Behind (7″ Review)”