Cloud Nothings – I’m Not Part of Me (Stream) 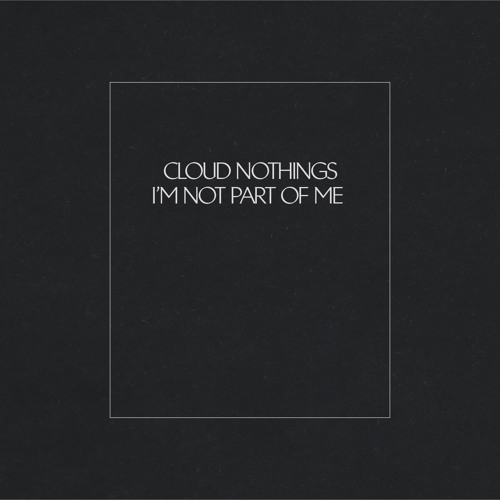 Only a short while ago, this song elicited a wave of excitement for Cloud Nothings’ upcoming follow-up to their early best-of-decade candidate Attack on Memory. Back when that live recording was posted, though, details on the upcoming record were scant. Today the band over-corrected that detail in stunning fashion, sharing that it’d be named Here and Nowhere Else, while also announcing that it would be released on April 1, 2014 via new label Mom + Pop records- and by sharing what looks to be one of the records many highlights. While second guitarist Joe Boyer has been forced to leave the band due to some legal troubles that preclude him from touring, the band seems to have found ways to fine-tune their sound into something that doesn’t call too much attention to his absence. It’s a sound that matches their strengths as well as possible while suggesting a few new influences that should make this record one of 2014’s more interesting releases. “I’m Not Part of Me” also boasts a chorus section that will immediately get lodged in the brain of anyone who’s paying attention. Cloud Nothings come across as particularly committed in “I’m Not Part of Me” and continue to heighten the growing interest in Here and Nowhere Else. Listen to “I’m Not Part of Me” (and then listen to it a few more times) below.